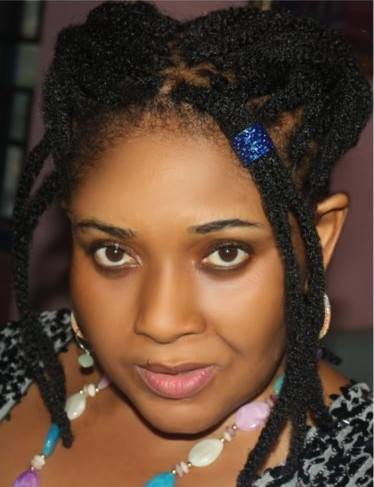 Writers Project of Ghana and e-Ananse present Nigerian author Ogochukwu Promise at a reading and interactive session on Friday 13th December 2019 at the e-Ananse Library, Osu. Ogochukwu Promise is a Director of The Lumina Foundation, administrators of the Wole Soyinka Prize for Literature in Africa.

Her short stories have been published in anthologies such as All the Good Things Around Us and The Gods Who Send Us Gifts edited by Ivor Agyeman-Duah. She was co-editor of Crucible of the Ages - Essays in Honour of Wole Soyinka at 80 which has contributions from Nobel laureates that included Toni Morrison and Derek Walcott. Ogochukwu is the author of several books such as The Street Beggars, Fumes and Cymbals, In the Middle of the Night, Outrage and Naked Among These Hills among several others.

In 1999, she received the Cadbury Prize for poetry with her collection, My Mother’s Eyes Speak Volumes, while her novel, Surveyor of Dreams got the 1999 Spectrum Prize for prose, also in the same year. In 2000, she was awarded the Okigbo Poetry Prize for Canals in Paradox and again won the Spectrum Prize for prose in 2000 for her novel, Deep Blue Woman. In 2002, she earned the maiden ANA/NDDC Prize with Half of Memories as well as the Matatu Prize for children’s literature the same year with The Street Beggars. In November 2003, she won the Flora Nwapa Prize for prose with Fumes and Cymbals whilst in 2004 her book In the Middle of the Night won the first Pat Utomi Book Prize. Again, Swollen and Rotten Spaces and Naked Among These Hills were selected for the Flora Nwapa Prize for Literature and one of the three best poetry books in Nigeria respectively.

Promise is an Azikiwe Fellow in Communication as well as a Fellow of Stiftung Kulturfonds. She has enjoyed fellowships in the US, Italy and Germany and travelled extensively in Europe, Africa and Asia as a scholar, playwright and a poet. She holds a PhD in Communication and Language Arts from the University of Ibadan and also does abstract paintings and has exhibited in Nigeria.

Join us on 13th December 2019 for the special reading and interaction with Ogochukwu Promise as she reads from her diverse collection of books, both prose and poetry. Ogochukwu Promise will be in conversation with Ivor Agyeman-Duah.